Joker Was the Best Film in the UK Last Year 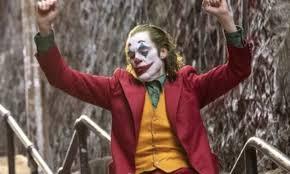 Joaquin Phoenix starrer was the most popular home entertainment title in the United Kingdom last year.

News, which has surprised everybody, is that a film starring Joaquin Phoenix and Robert De Niro and directed by Todd Philips has beaten films like Star Wars: The Rise of Skywalker and Frozen 2 to top the chart of best home entertainment films in the United Kingdom in the preceding year.

Even if Todd Philips received his share of criticisms, his R-Rated creation starring Joaquin Phoenix broke numerous records at the time of its release. The film, which relayed the first-ever cinematic origin story of the iconic nemesis of the Dark Knight, earned over 1 billion at the box office and was generally positively rated by the critics.

Not only that, Joaquin Phoenix then went on to receive his first-ever Academy Award for his brilliant portrayal of Arthur Fleck.

After already obtaining massive money worldwide at the box office, it has now been confirmed that it had continued its splendid run via sales through home entertainment vendors.

A report has emerged courtesy of Variety that Joker was the most popular home entertainment film in the entire United Kingdom, and the report includes digital, DVD, and Blu-ray, VOD, and electronic purchases into account. As it turns out, Joaquin Phoenix starrer managed to sell at least 1.4 million copies across all platforms and, in the midst of doing it, managed to beat the films like Jumanji: The Next Level,  Frozen 2, and Star Wars: The Rise of Skywalker. It currently stands alone in the topmost tier of the most popular titles sold in the United Kingdom last year.

As far as the sequel is concerned, though Joaquin Phoenix is open to the idea of it, nothing is confirmed even though there are reports that say that Todd Philips might be interested in it and also in other origin stories of some unexplored characters. As of now, all the reports pertaining to the sequel are incongruent.

Nevertheless, you might believe the popularity attained by Joaquin Phoenix will not be just left aside by Warner Bros.

But, then again, there are fans who have professed their wish on the internet that they will be happy if there are no sequels to the movie as they firmly believe that some films should be just left alone (The Matrix, Die Hard).

What do you think? Will you be happy with a remake, or are you satisfied with the fact that the film will go down in history as one of the greatest modern-day anti-hero films?

Joker was a psychological crime thriller that was essentially a character analysis of a troubled man named Arthur Fleck. The film explored how circumstances turn a decent man into a cold-blooded serial killer.

The film drew heavy inspiration from the 80s films like The Taxi Driver.

Joaquin Phoenix sort of gave hope that it is possible to recreate the persona of Joker after some felt that it would be impossible for anybody to come close to Heath Ledger’s portrayal in The Dark Knight.

Please log in to like, share and comment!
Search
Sponsored
Categories
Read More
Other
https://www.facebook.com/people/Vermont-Pure-CBD-Gummies/100085412363158/
Vermont Pure CBD Gummies Reviews:- When it comes to health today, people are much more...
By Rahul Bhai 2022-09-13 14:16:51 0 31
Art
CKAD Online Prüfung & Linux Foundation CKAD Tests - CKAD Prüfungen
Linux Foundation CKAD Online Prüfung Sie werden sicher mit unserern Produkten sehr zufrieden...
By Et0tjite Et0tjite 2022-12-24 02:08:55 0 0
Health
Spatial sensing to create ripples in the US Animal Drug Compounding Market at a CAGR of 8%
The Us Animal Drug Compounding Market is expected to grow on an astounding note...
By Paresh Khedikar 2022-12-16 01:51:28 0 1
Networking
Automotive Semiconductor Market Regional Outlook, Future Plans and Forecast to 2027
Automotive Semiconductor Market  Pure elements or compounds are used to...
By Aishwarya Patil 2021-12-01 03:06:24 0 220
Other
Here Are A Few Important Money Issues That You Should Know About
Almost 50% of most marriages end in divorce. Each couple's reasons for seeking a divorce would be...
By Jos Family Law 2021-02-01 06:03:41 0 333