Legend of Korra: The Equalist Movement Deserves to Make a Return Along With the Lieutenant 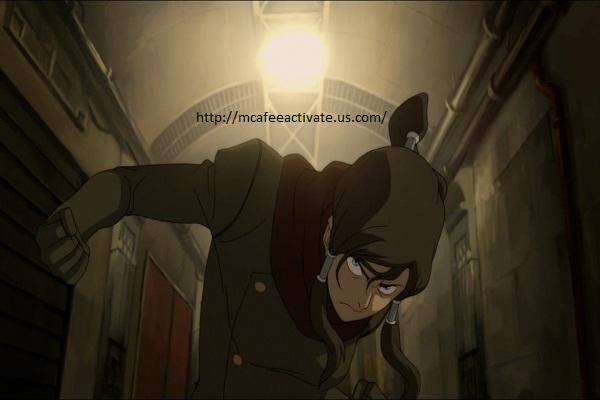 The Legend of Korra has many plots, twists, and turns that make the show one of a kind. But sometimes it is hard to ignore how some very engrossing plots never get the proper attention that they deserve. In the first season of the show, the Equalist movement emerged as a great storyline, which could have been much more impressive than how it transpired. It was doubly disappointing since the show lost the opportunity to have its first non-bending antagonist. The Lieutenant had everything it takes to be a true leader of the Republic city’s unhappy non-bending majority. But unfortunately, it never happened. Since the Legend of Korra continues in comics, there is still an opportunity that the Equalist movement can again be revived.

In season 1, we see the rising non-bending sentiments in the Republic city. When it was established, the Republic city was hoped to be a diverse metropolis where people of all cultures can live together peacefully. But the Legends of Korra was hinting that the idea was not working. The benders were very happy in the metropolis and looked to it as a paradise of unity. But the non-benders did not share the same sentiments as the benders. Even though they were in the majority, they had very little representation. So, they felt disenfranchised and disempowered. There was hardly any conscious effort from the benders to make the situation better for the non-benders who were not wrong since they genuinely were disempowered and ignored.

The Equalist movement filled the growing gap between the resentment of the non-benders and the benders’ ignorance. Amon presented himself as a revolutionary who would not tolerate the disenfranchisement of the non-benders. He was very cunning as he won over the unsuspecting population by winning their sympathy. He told them how he too lost so much when the firebenders attacked his family. Hiroshi Sato, who had a very similar life experience, put out the technologically advanced innovations in the hands of nonbenders who now felt empowered enough to stand up against the benders. The Lieutenant stood by Amon through thick and thin, but he would later regret trusting him.

The movement was never able to achieve its goals as it died out when Amon’s true identity and motives were revealed. The political changes that followed by the democratic election of Raiko as the President empowered nonbenders as they had wished for long. But even though a nonbender President was undoubtedly an advancement but a radical group is hardly satisfied so easily. So, it is not very clear why the members of the Equalist movement would be satisfied after they have been betrayed by a bender who was using them as pawns for his motives. In the years after Amon, the authoritarian regime of Kuvira and the archaic destruction of the government by the Red Lotus should have enraged the Equalists again to fight back.

Hallie Smith is an inventive person who has been doing intensive research in particular topics and writing blogs and articles on  McAfee.com/activate  and many other related topics. He is a very knowledgeable person with lots of experience.

Please log in to like, share and comment!
Sponsored
Categories
Read More
Health
The Hidden Truth on Top Turmeric Curcumin Supplement
Now, turmeric is truly a tart that's been famous it really is remedial in addition to exact...
By Belhinina Belhinina 2020-12-05 06:55:09 0 217
Other
PMI PfMP Dumps - How To Study For PfMP Certification Exam
Portfolio Management Professional PfMP - PfMP exam is a very noticeable boost in your career. But...
By Tristan Graham 2021-06-21 07:12:23 0 196
Other
Amazing Places to Find the Best Accessories for Men and Women
OUR MISSION Qsouq, the premier Qatari E-Commerce platform, is the most prominent. Our...
By Qsouq Qsouq 2021-07-31 14:33:45 0 57
Other
SDS: Safety Data Sheets Management system | Xcelpros
Our Data Sheets Management System provides Microsoft customers the infrastructure required to be...
By Xcel Pros 2021-06-11 05:31:59 0 71
Other
Tplink Router Setup |Tplinkwifi.net setup | Web-Based Method
Tp-Link routers are designed with very powerful antennas. These antennas are designed to ensure...
By Jack Daniel 2021-02-12 06:57:25 0 147