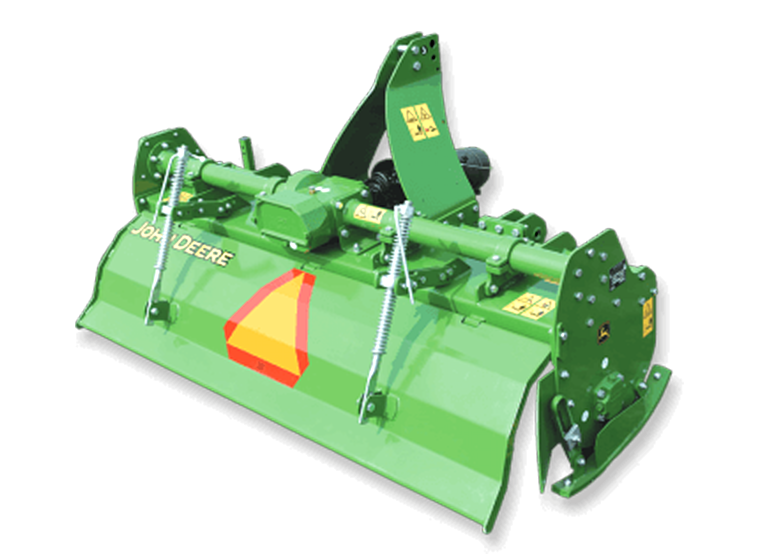 Crop production requires a number of operations like seedbed preparation, seeding, fertilizing, dusting, irrigation, harvesting, and threshing. The first operation in the production of crops is tillage, all these operations become easy by the use of implements.

It is a piece of equipment generally having no driven moving parts, such as harrow, or having only a simple mechanism such as the plough.

It is an implement for inter-cultivation with laterally adjustable tines or discs to work between crop rows. This can be used for seedbed preparation and for sowing with seeding attachment. The tines may have provision for vertical adjustments also.

It is a harrow that performs the harrowing operations by means of a set of rotating steel discs, each set being mounted on a common shaft.

A harrow is an implement that cuts the soil to a shallow depth for smoothening and pulverising the soil as well as to cut the weeds and to mix materials with soil. It is an implement used to break the clods after ploughing, to collect trash from the ploughed land and to level the seedbed.

Rotavator is an important implement in agricultural operations used for seedbed preparation, weed control, mixing of soil with crop residue and fertilizer and puddling of soil. It is operated by a PTO shaft of the tractor, attached to the 3 point linkage. The depth  is controlled by linkage and a hydraulic system. A safety guard is provided at the rear.

It is a plough used to cut and pulverise soil by impact forces by means of a number of rotary tynes or knives which are mounted on a horizontal rotor. A rotary plough is also called a rotary tiller. It is useful for shallow or just above soil layer cultivation and weed control. The rotary tiller covers a power-driven shaft on which knives or tynes are mounted to break the soil and the trash. Rotor has several types of tyne, fitted on a shaft having a speed of 200 to 300 rev/min. The main problem of this rotary tiller is that tynes will bend or break in a hard ground compacted layer. The knives are spaced along the axis of the rotor in a staggered way around the periphery.

It is a plough created to penetrate the soil to depths more than those achieved during normal ploughing operations. Usually, the plough depth is maybe 40 cm or more up to 100 cm. It helps in breaking up of hardpan helping to drain heavy soil, simulating deep-rooted growth to help crops withstand drought conditions and aeration of the soil.

It is a plough used to slice the hard soils by means of a number of narrow tynes. It is always used before using the regular plough. It is useful for breaking hard soil layers or to break the hard big soil clods just below the normal ploughing depth. This layer of soil which is called a hardpan or plough sole is very tough and hard.

Disc plough: It is a plough that slices, turns and in some cases breaks furrow slices by means of separately mounted large steel discs. A disc plough is created with a view for reduced friction by making a rolling plough bottom instead of the sliding plough bottom. A disc plough works perfectly in conditions where mouldboard plough does not work well or satisfactorily.

Plough: It is the main implement used for primary tillage operations. Ploughing is included in the primary tillage operation, which is performed to cut, break and invert the soil partially or completely and makes it smooth for sowing. Ploughing means opening the upper crust of the soil or mixing the soil properly and breaking it into small pieces from the big size of clods, breaking the clods and making or preparing the soil suitable for the sowing process.

If you want to buy any implement then visit our online digital platform khetigaadi. We provide detailed information about implements Price, models, latest news, videos, etc.